Division of Intercollegiate Athletics – With Illinois: The Campaign for Illinois 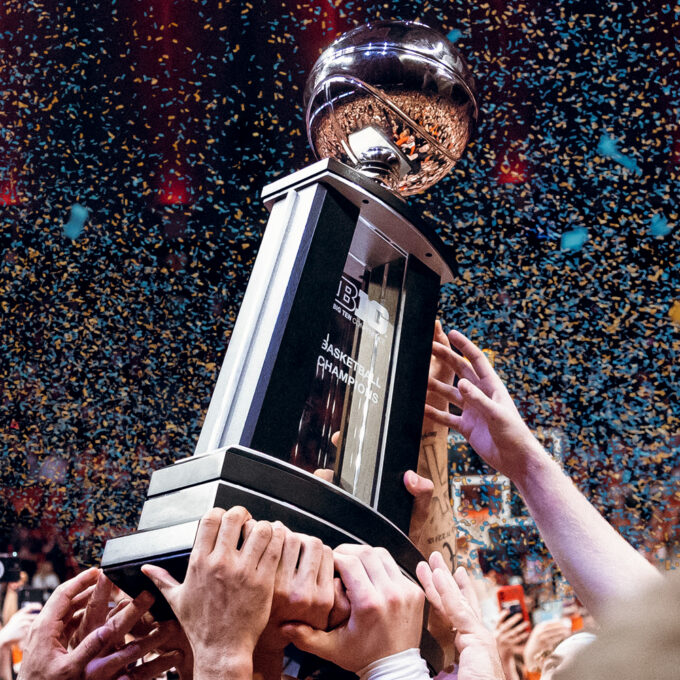 Celebrating the impact of your generosity

Throughout the past eight years, the University of Illinois Division of Intercollegiate Athletics (DIA) developed and implemented a strategic, aggressive fundraising plan. Working in alignment with institutional and campus advancement leadership, DIA experienced unprecedented success. Illinois Athletics surpassed its campus-wide With Illinois fundraising campaign goal of $300 million, raising more than $321 million in support of capital projects, scholarships, programming and operational support for our student-athletes, coaches, and staff.

Much of the campaign’s focus advanced an ambitious facilities agenda. Highlights included the $170 million renovation of Assembly Hall into what is known today as State Farm Center, the construction of the $79.2 million Henry Dale and Betty Smith Football Center, the $40 million expansion and renovation of the Richard T. Ubben Basketball Complex, and the $20 million development of Demirjian Park. Other projects included the Atkins Golf Club at the University of Illinois ($15 million), the Susan and Clint Atkins Baseball Training Center ($8 million), and the Rex and Alice A. Martin Softball Training Center ($6 million).

DIA’s success during this campaign is a testament to the thousands of people who stand firmly behind our programs, providing the resources to position DIA to strive for sustained excellence every day. While DIA is fortunate to have received some of the largest and most meaningful gifts in its history, every gift, no matter the amount, is appreciated and makes a difference in our ability to strive for championships while fulfilling our educational mission. No one does this work alone. It takes the entire Illini Family.

We are grateful to all for their remarkable support. Our work is far from finished, but with your help, we have never been better positioned to take advantage of the opportunities that lie ahead. 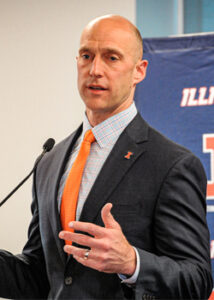 As we mark the end of the With Illinois Campaign, DIA has been transformed by donor support.

Donors from 49 States and 12 Countries

Your support has helped us continue to elevate the values that make Illinois distinctive: a sense of boundless aspiration, collaboration, and a global perspective. 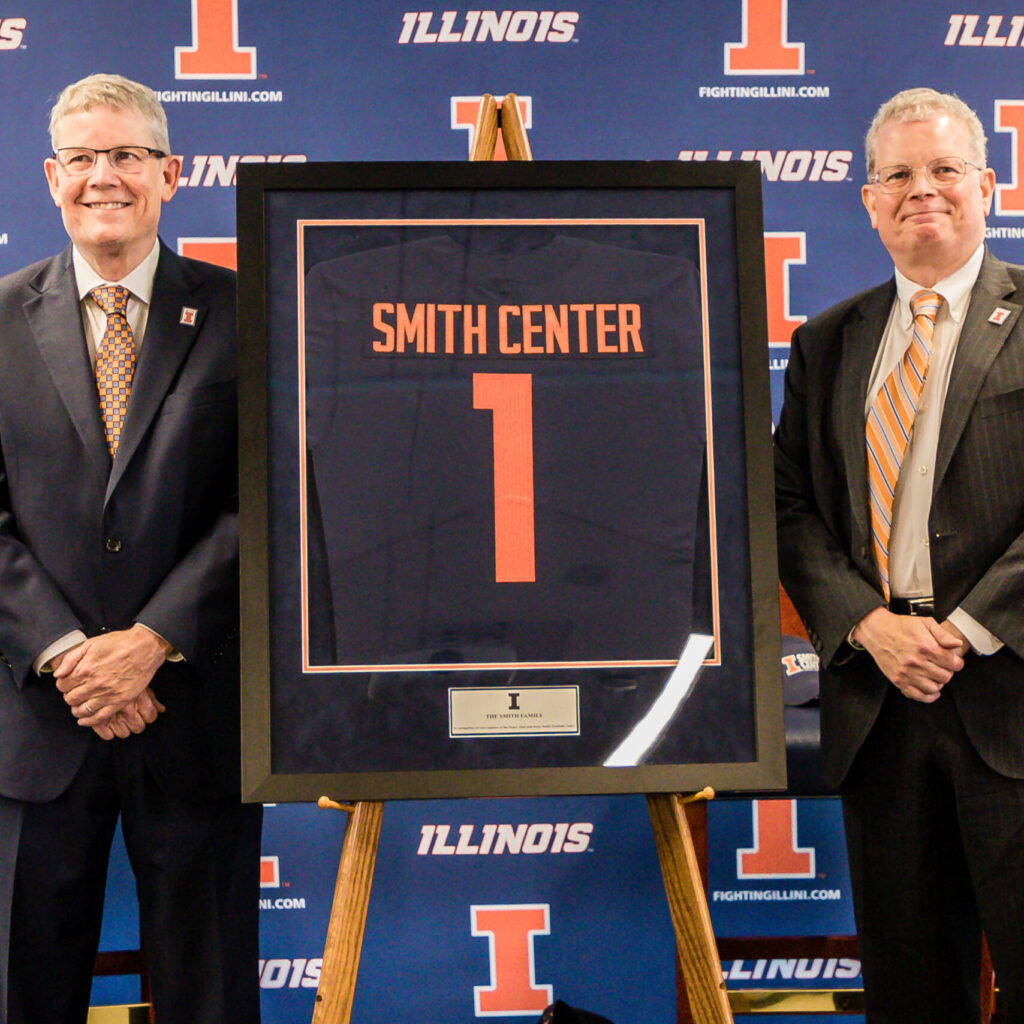 The H.D. Smith Foundation, led by Dale and Chris Smith, announced a donation of $20 million to the University of Illinois Foundation, with $15 million dedicated to the Fighting Illini Football Performance Center. In recognition of the gift, the building will forever be named the Henry Dale and Betty Smith Football Center. Read more. 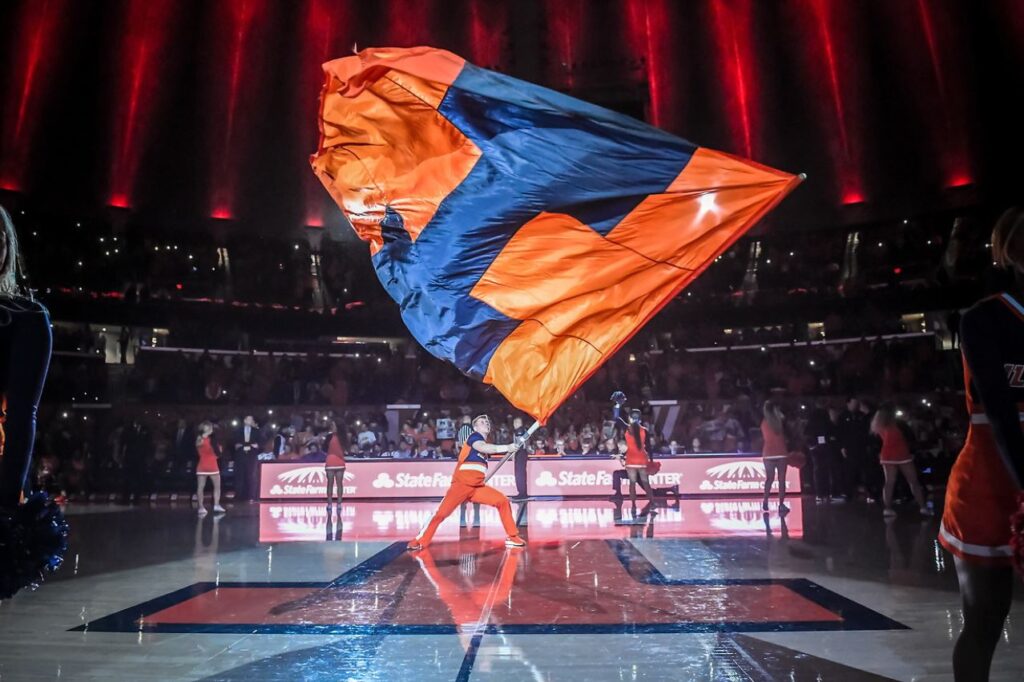 July of 2020 saw theUniversity of Illinois Division of Intercollegiate Athletics raise more than $45 million, good for the second-highest fundraising total in school history. The total marked the third consecutive year that the DIA surpassed $40 million in annual fundraising, a first for Fighting Illini Athletics, and the fourth consecutive year of year-over-year fundraising growth. Read more.

University of Illinois alumni Dennis and Katharine Swanson became the first donors to announce a major gift for the renovation and expansion of the Ubben Basketball Complex. Their $1 million gift was just another in their commitment to their alma mater, which also includes a donation to the State Farm Center and Campbell Hall for Public Telecommunications within the College of Media. Read more. 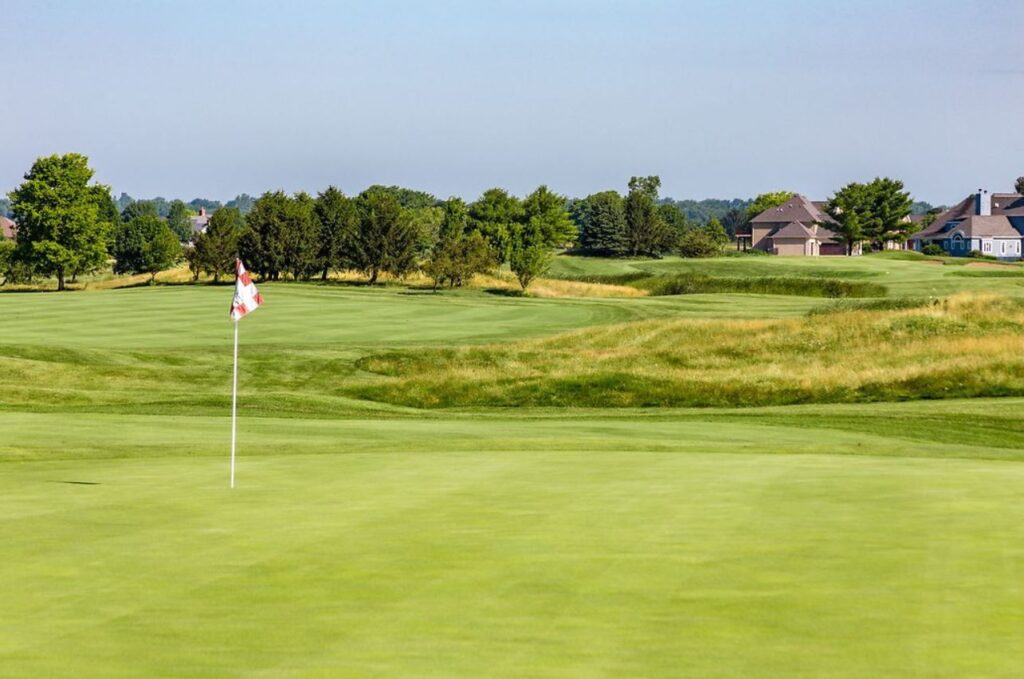 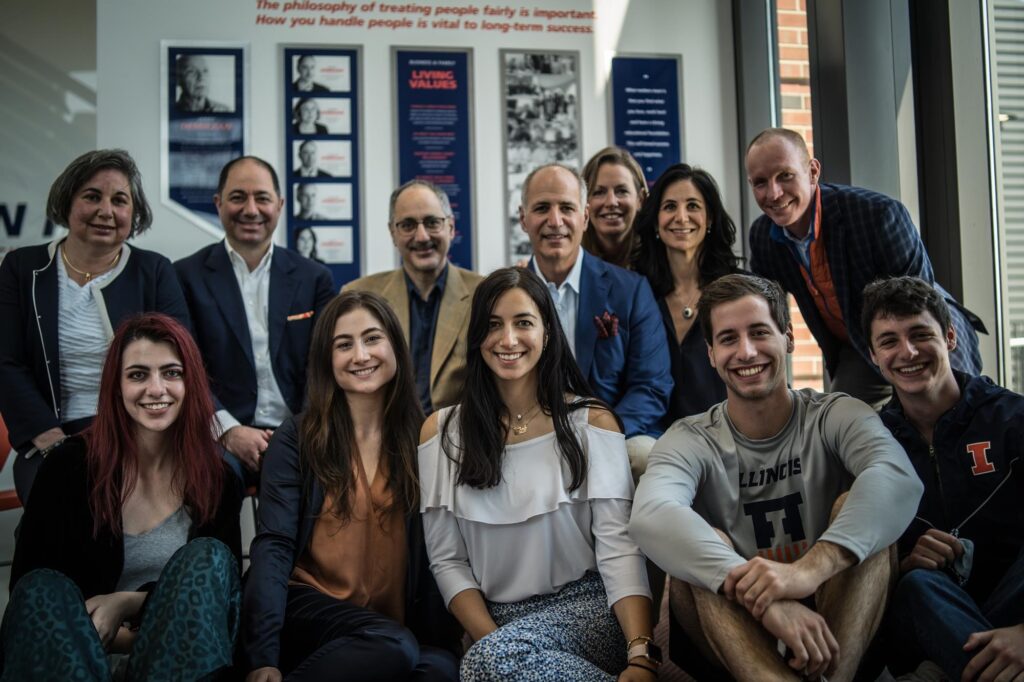 Demirjian Park, home of the University of Illinois soccer and men’s and women’s track & field and cross-country programs, was opened to student-athletes, coaches and staff members on Tuesday, April 6, 2021. Read more.

Take a look at a few of the moments that have shaped the culture and character of DIA during the With Illinois Campaign.

February 2018: University of Illinois Director of Athletics Josh Whitman announced the commitment of a $5 million leadership gift for the construction of the new Illinois Football Performance Center by former team captain and offensive MVP Stu Levenick and his wife, Nancy. Read more. 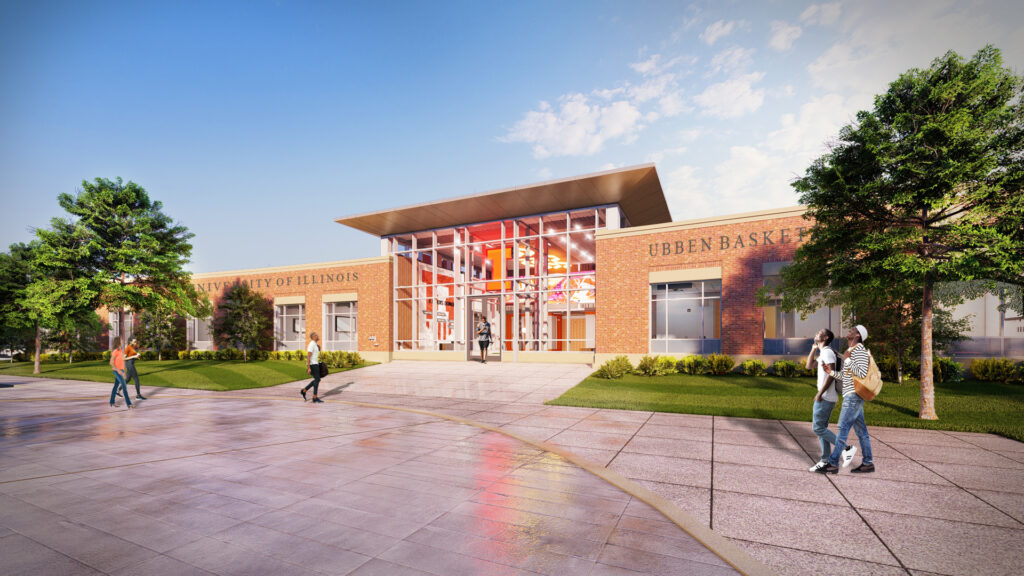 June 2018: The Illinois Champions Campaign has begun with the announcement of a major, $30 million renovation of the Richard T. Ubben Basketball Complex. Read more.

November 2019: The family of John and Anne Dossey pledged a $5 million gift in their parents’ names to fund the renovation and expansion of the Richard T. Ubben Basketball Complex. Read more.

February 2020: Gies College of Business alumni Don and Anne Edwards announce a $10 million gift to the University of Illinois, $3 million of which will support the Division of Intercollegiate Athletics. Read more.

Your continued support ensures DIA remains a place where progress and innovation can flourish. Find your passion and help us dream even bigger!

Philanthropy has benefited students, faculty, and staff in many ways. Browse the list below to learn more about how the With Illinois Campaign’s impact can be felt across campus.