College of Media – With Illinois: The Campaign for Illinois 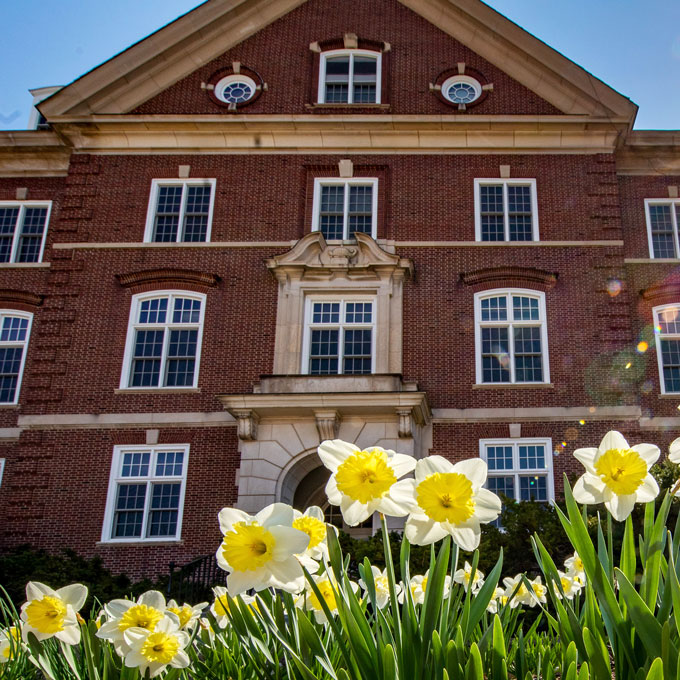 Celebrating the impact of your generosity

Thanks to the passionate support of our donors who believe in the value of a world-class, innovative education in the College of Media, we raised more than $24 million—over 250% of our With Illinois campaign goal!

These funds have enabled us to provide scholarships to more students and to expand support for faculty research and creative endeavor. We established two new centers—the Richard and Leslie Frank Center for Leadership and Innovation in Media and the Roger Ebert Center for Film Studies. And we completed much-needed renovations in historic Gregory Hall, which now boasts numerous production studio spaces, high-tech iFlex and computer-equipped classrooms, and the Media Technology Center, and look forward to the upgrades to Richmond Studio, home to our broadcast journalism classes, which are currently underway.

We are grateful for your investment, ensuring our next generation is prepared to make an impact on a rapidly evolving media landscape. 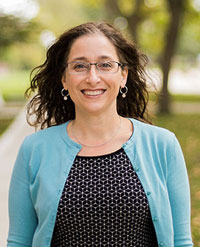 As we mark the end of the With Illinois Campaign, the College of Media has been transformed by donor support.

Your support has helped us continue to elevate the values that make Illinois distinctive: a sense of boundless aspiration, collaboration, and a global perspective. 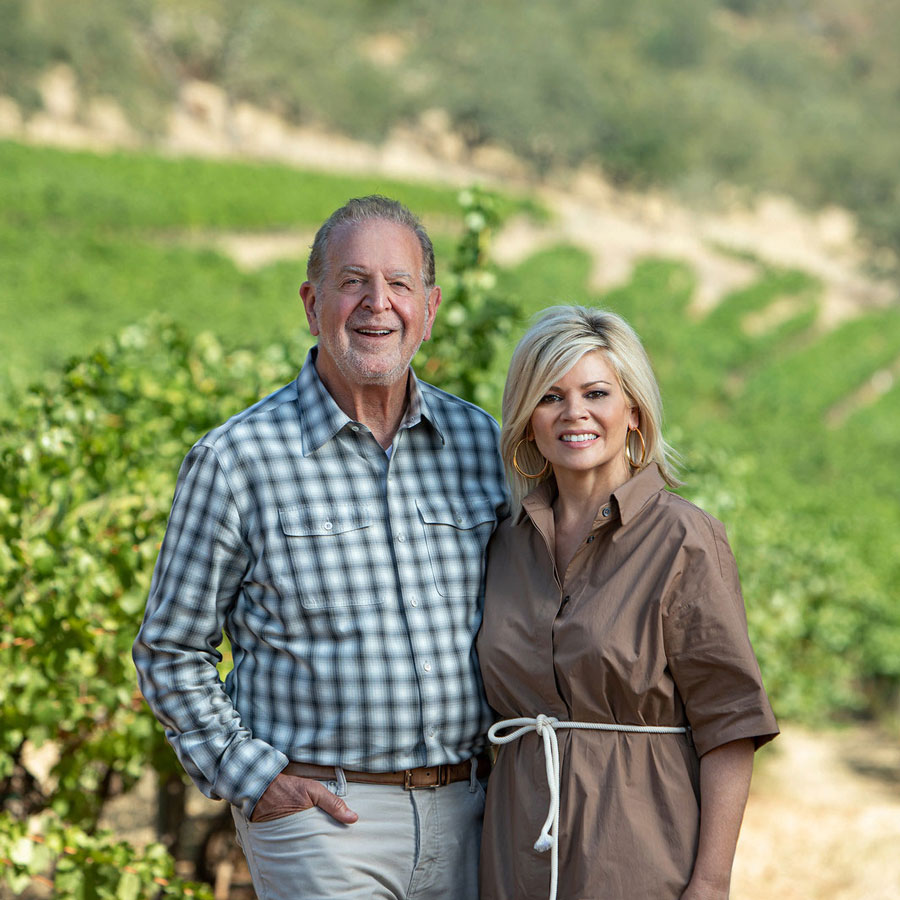 Richard and Leslie Frank Center for Leadership and Innovation in Media

Rich and Leslie Frank have given the largest gift in College of Media history—$7.5 million—to establish the Richard and Leslie Frank Center for Leadership and Innovation in Media. Rich Frank, former president of Disney Studios, and Leslie (Miller) Frank, an Emmy award-winning broadcast journalist, both now vintners and hospitality leaders in Napa Valley, sought to make an investment that would have an impact for generations. 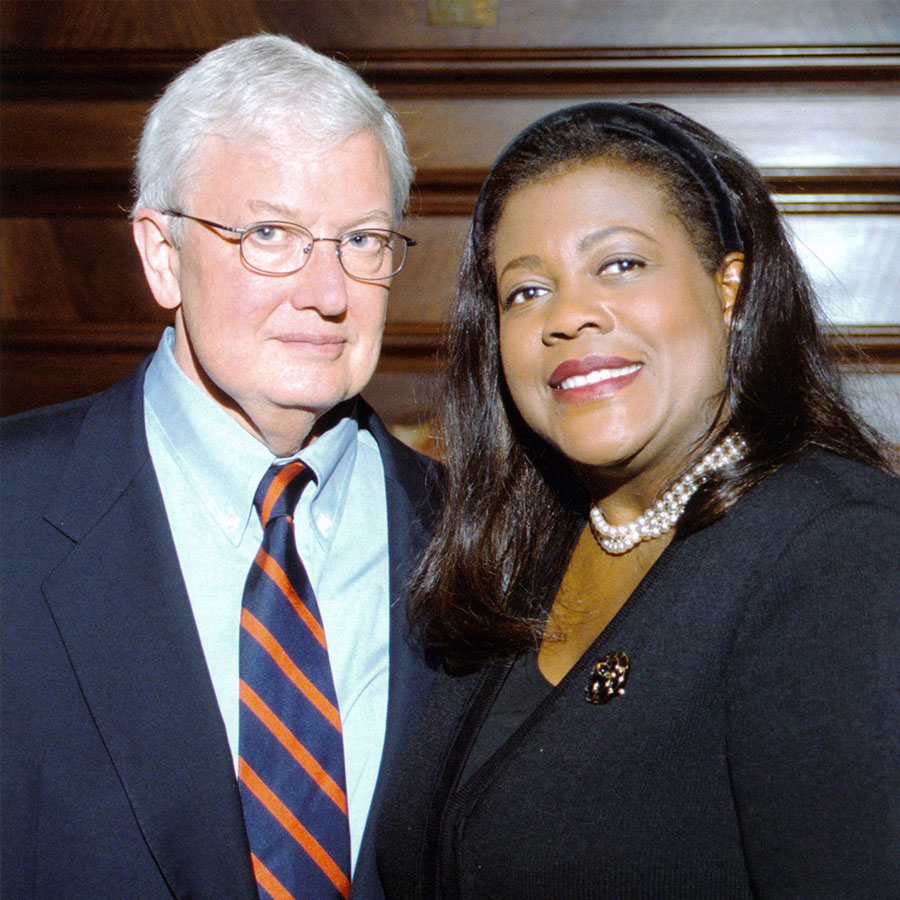 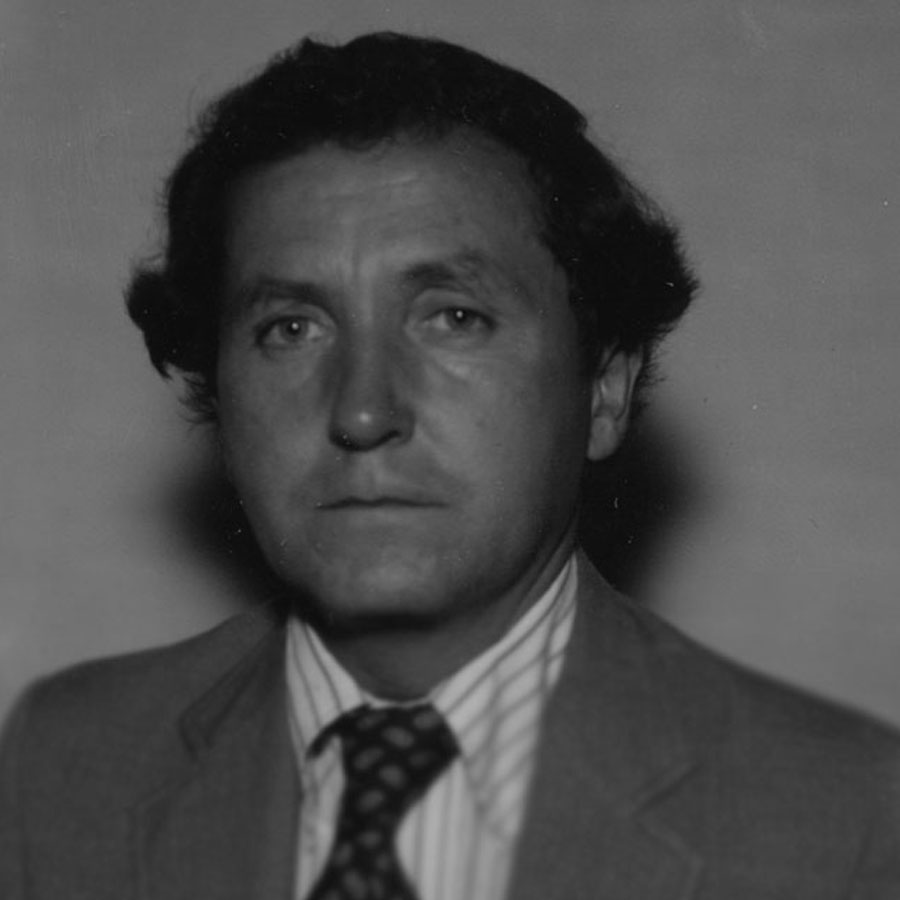 To honor their father’s legacy at Illinois and in the field of media, former college Dean James Carey’s four sons endowed the James W. Carey Fund for Faculty Excellence. The fund will benefit College of Media faculty affiliated with the Institute of Communications Research, where Carey earned his doctoral degree, was a research professor, and served as director (1969-1976). The ICR, housed within the College of Media, is the world’s oldest program for interdisciplinary research and doctoral education in communication and media studies. Carey was a student of the media’s role in society, and his commentaries on American civil life are some of the most influential in the field of communication. Read more.

Photo courtesy of the University of Illinois Archives. 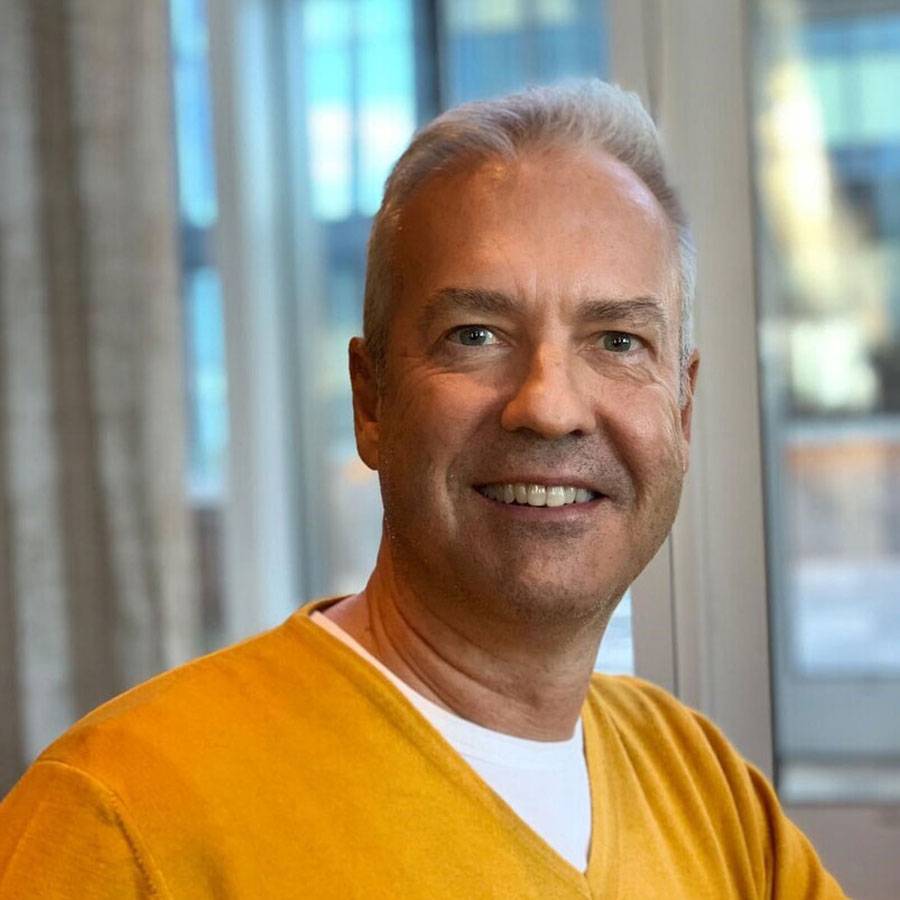 The College of Media received an estate gift of just over $1 million to create the Mark L. Brandt Public Engagement Fellows program for undergraduates. The fund, endowed in perpetuity, will provide internships to Media students to work with college faculty and staff on public engagement projects, and support student participation in programs for first-generation college students, students from underrepresented groups, and/or students with significant financial need. Because of the profound impact that the University of Illinois had on the trajectory of Brandt’s life, his dear friend, fellow Illini, and trustee of his estate, Mary Leyendecker, chose to ensure that his legacy makes a positive impact on students and society for years to come. Read more. 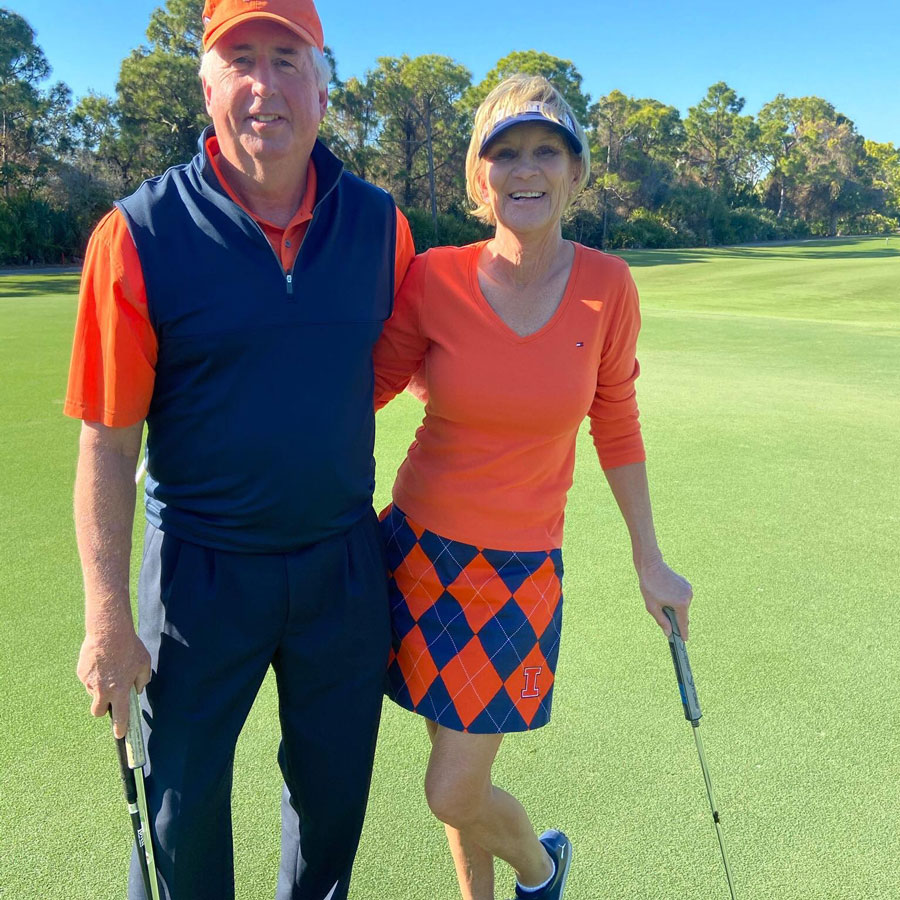 With a 35-year career in global leadership roles at renowned media companies, Jack Klues (BS ’77, advertising) understands the power of bringing diverse ideas to the table. He is committed to helping Illinois advertising students from underserved communities gain access to opportunities and drive the industry forward.

In 2015, the Klues Family Foundation donated $1 million to the Charles H. Sandage Department of Advertising to fund scholarships for underrepresented students with significant financial need. Since then, more than 60 students have been aided by this gift. It has funded scholarships, internships, experiential learning opportunities through advertising immersion trips, and support for high schoolers to attend a College of Media summer camp. Read more.

Take a look at a few of the moments that have shaped the culture and character of the College of Media during the With Illinois Campaign. 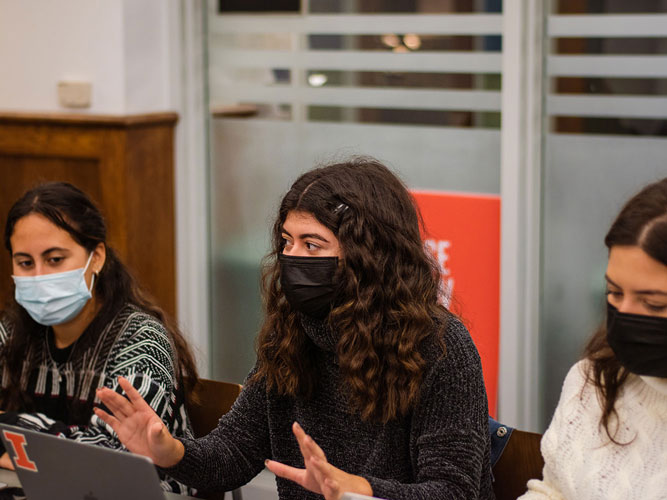 As part of a commitment to provide opportunities for first-generation students and students from underrepresented populations, the College of Media created the New Voices Internship Program. Read more. 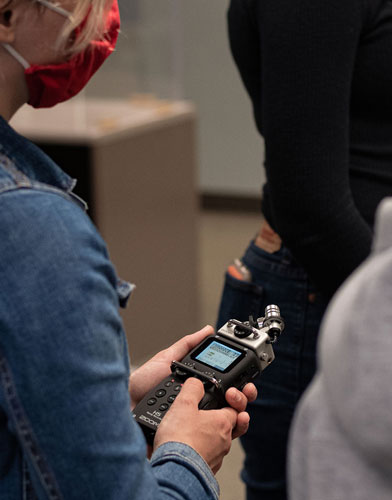 A Media Technology Center will launch in Gregory Hall in Fall 2022 to offer students and instructors access to a variety of technology and the resources and guidance to use it effectively. Read more. 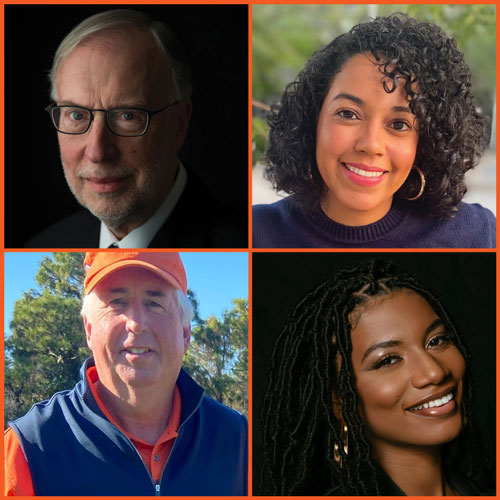 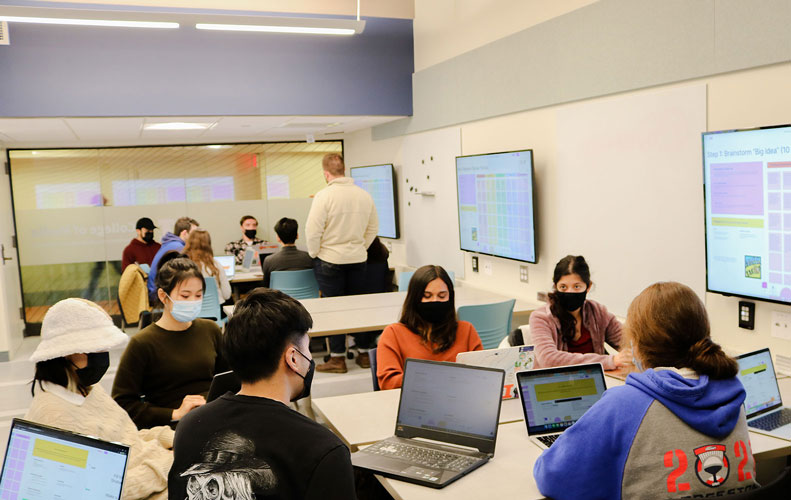 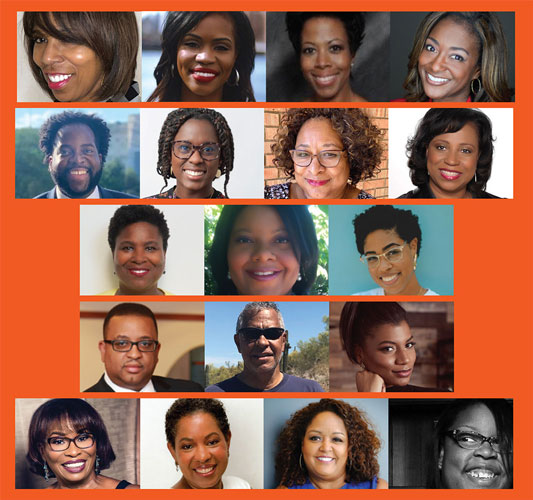 Your continued support ensures the College of Media remains a place where progress and innovation can flourish. Find your passion and help us dream even bigger!

Philanthropy has benefited students, faculty, and staff in many ways. Browse the list below to learn more about how the With Illinois Campaign’s impact can be felt across campus.